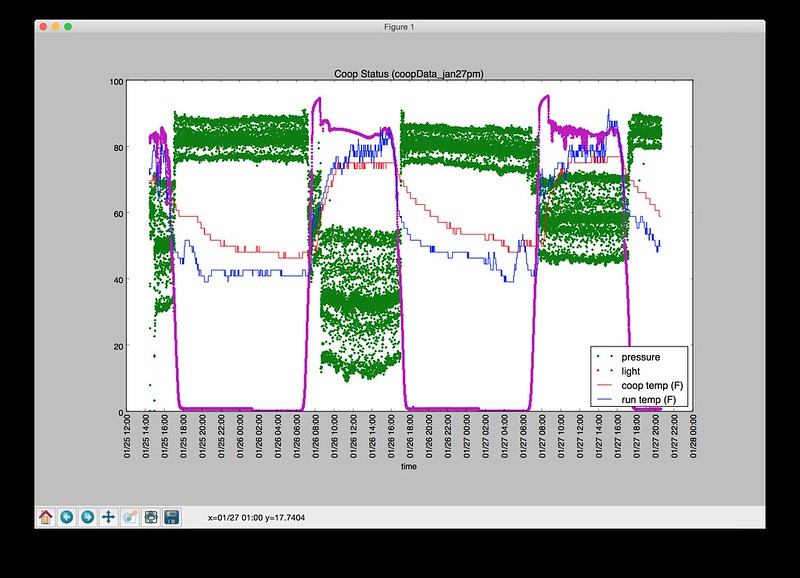 The green stuff is pressure sensor data collected from under the roost bar which roughly corresponds to the weight of the chickens. It is a little inconsistent when the roost bar is empty during the day. We may need to rejigger the rig that is transferring pressure from the roost to the sensor.

The purple stuff is light measured in the run. The little blip during the night is when the Christmas lights turn off, hehe. 🙂 Looks pretty solid! It is very easy to see the transitions from night to day and back again. Haven’t had a cloudy day yet though. Ah, Colorado!

The temperature data isn’t necessary for operating the door but will come in handy when we automate the heater. It is interesting to see the coop and run temps flip between day and night. During the day, the run is warmer because of the greenhouse effect but at night, the insulated coop warms up with chicken heat.

Might need to do some smoothing but I think we’ve got what we need to figure out when we should open and shut the door! 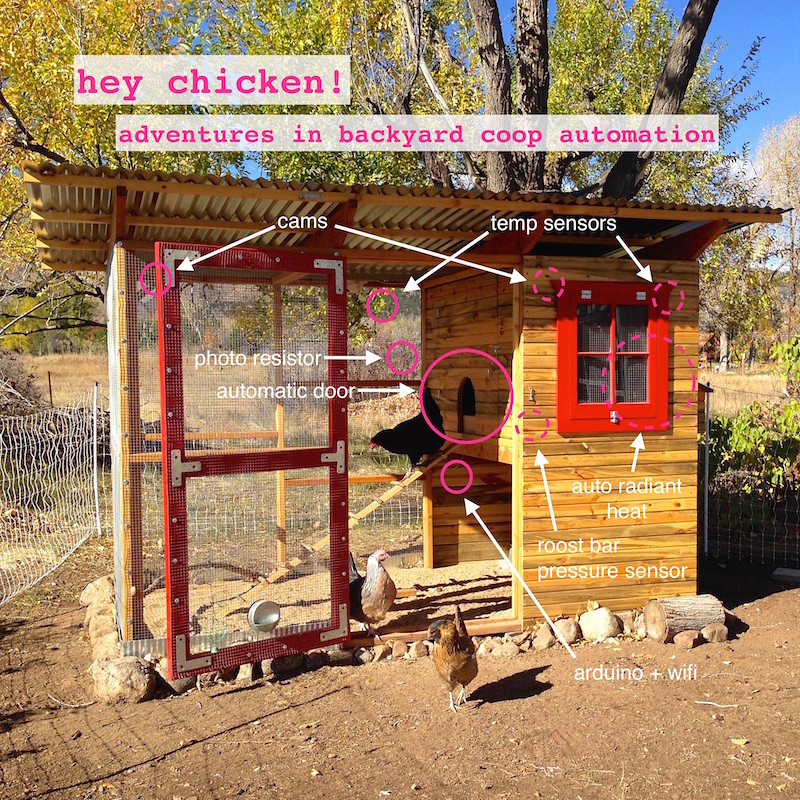 I’m tired of trudging through the snow in my pjs during cold, dark mornings to let the chickens out at sunrise. I’m also tired of rushing home in the evenings to shut their pop hole and worrying about the wild temperature swings we have here in the Front Range. So, I’m finally doing what I’ve been threatening to do for some time now: automate the chicken coop!! What will that look like? 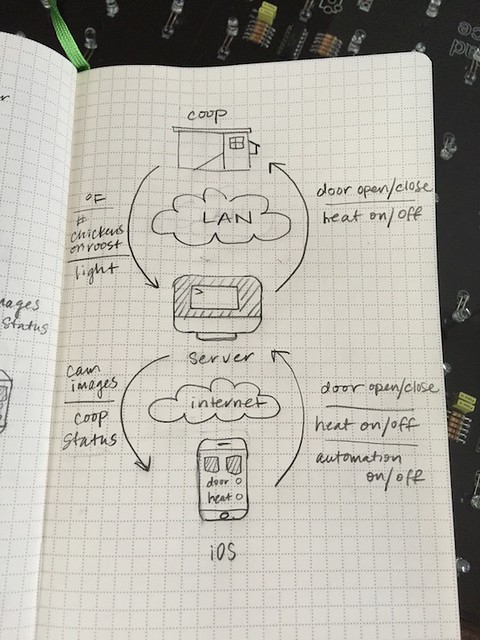 Our design uses an Arduino Uno + Wifi Shield + various sensors to detect the state of the coop like temperature, light, and whether the chickens are roosting to ultimately determine what the door and heater should be doing at that moment. The Arduino controls the motor that opens and closes the pop hole door and switches the heater on and off. A server application running on an iMac controls the Arduino wirelessly over the local network. The server functions as the “brains” of the operation and runs the automation based on the coop conditions the Arduino is reporting. I also plan on creating an iOS app to remotely monitor and control the coop via the server.

Luckily, I have a great group of folks who are working with me on this project – Jason in Oakland and my husband Nathan. We are collaborating and sharing our work on github.

Here are the pin assignments, although these may change. Yikes! Running out of I/O… 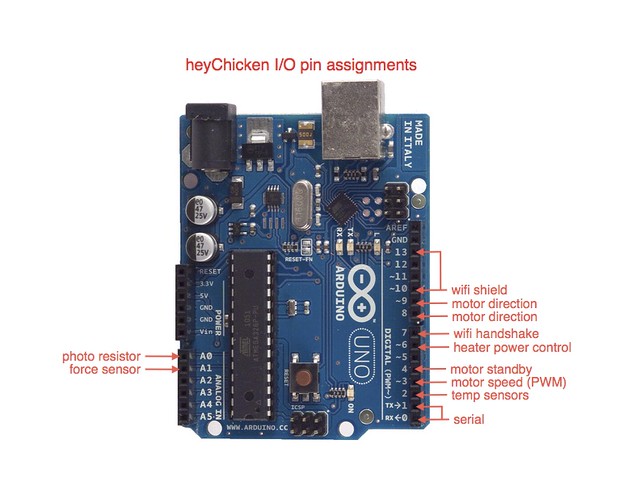 Development will proceed in 5 phases:

That’s it! Now back to work… 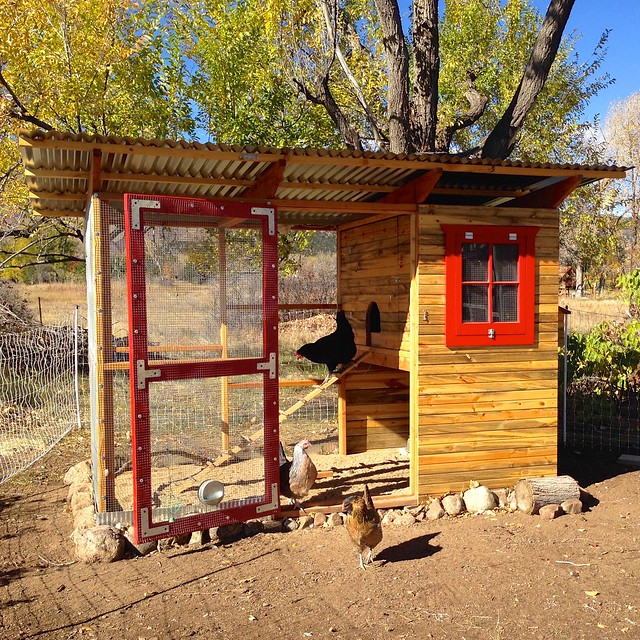 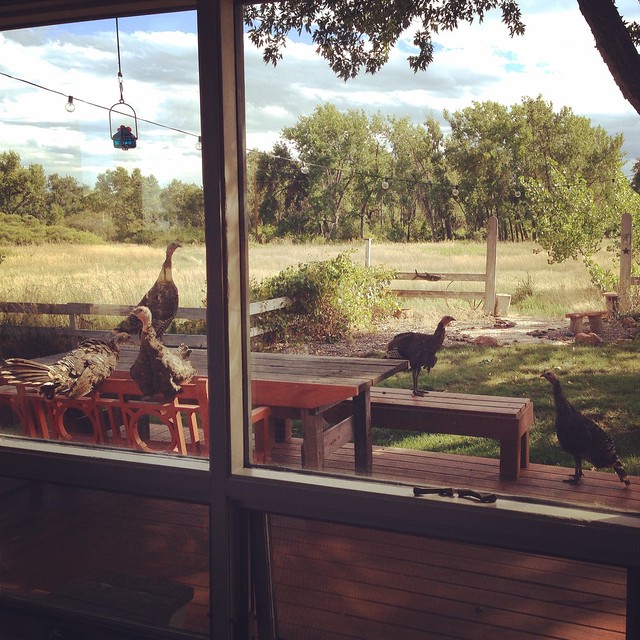 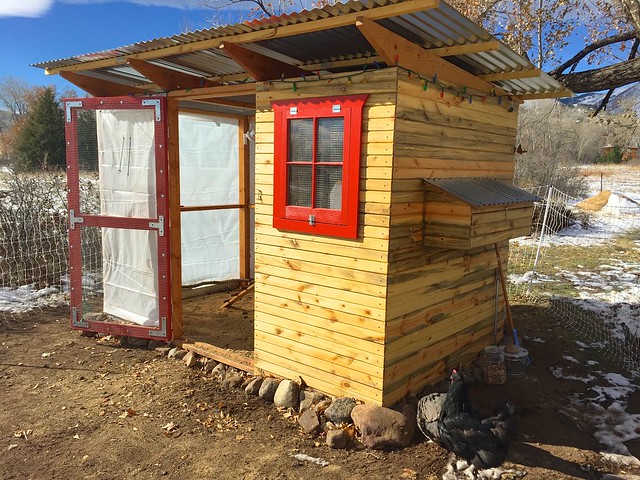 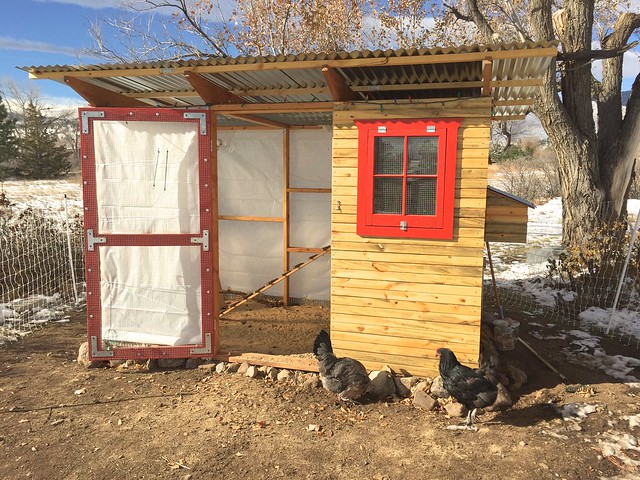 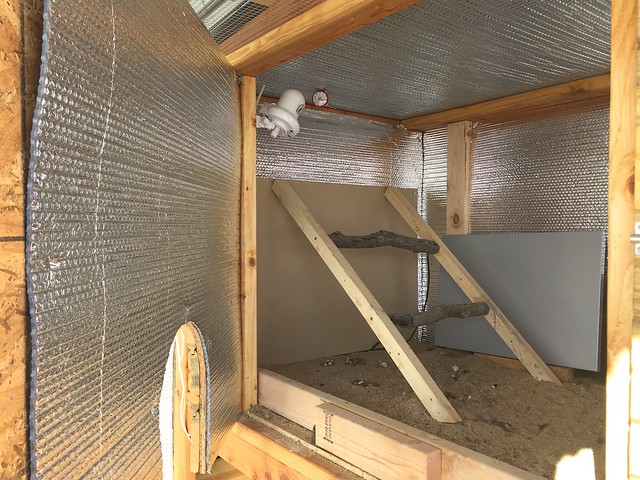 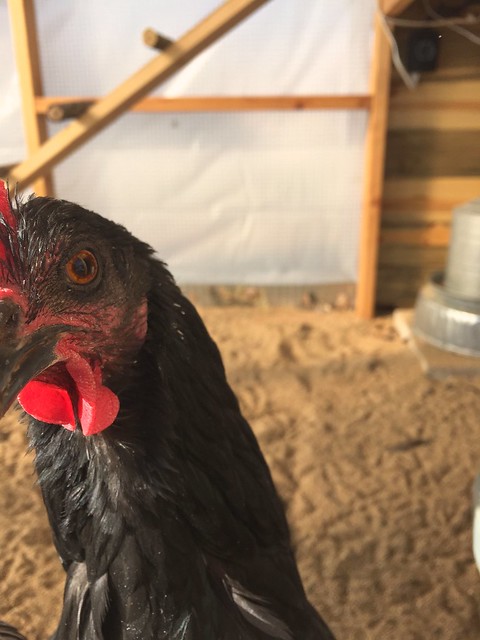